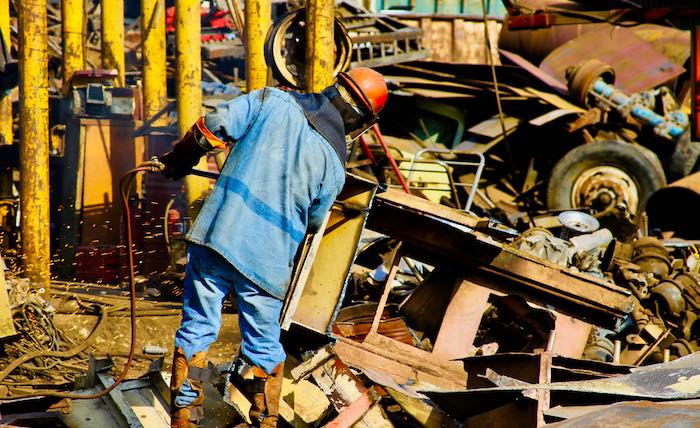 Are you wondering if recycling is simply rubbish? Recycling is extremely important and contributes to protecting the environment. However, as things change in the waste disposal industry, problems with recycling plastics and other materials have come up.

This article will give a quick overview of this critical recycling industry situation. But first, let’s take a look at some issues that may not always be so obvious about why recycling is important and how you can help make recycling not rubbish.

Why Recycling is Important:

Once in the water supply, chemicals then make their way into food when farms water their crops. In a very real sense, recycling can help keep chemicals out of our bodies.

♻️ Help by learning once and for all what can go in the curbside recycling bin and what can’t go.

How The Recycling Game Has Changed

Unfortunately, recycling isn’t exactly what it once was or what many of us believe recycling to be. The “recycling game” has changed in recent years due to a variety of developments. At the top of the list is the situation with China.

What is Going on With China?

China is no longer accepting low-grade plastics and unsorted mixed paper. The country recently announced that the recycling they were receiving from the United States was not sorted to necessary specifications.

Disruptions to the Recycling Process

While at first this might not sound like a big deal; the truth is that this development has led to far more rubbish going into landfills. Much of what we previously sent to China is simply not recyclable in the United States.

The end result is that there will be real environmental consequences. China’s ban on low-grade types of plastics and unsorted paper exposed an inherent flaw in the recycling system.

The Recycling Industry Is Overwhelmed

All Trash Has to Go Somewhere

Trash and rubbish that makes its way into the recycling system has serious economic impacts as well. Workers must spend extra time dealing with recycling problems caused by garbage.

Most Plastic Isn’t Recycled; the World Pays the Price

According to a study published in Science Advances in which global plastic use was examined, it was discovered that mankind’s recycling of plastic has been woefully inept.

The Sobering Facts and Problems with Recycling Plastics

The study found that only a mere 9% of all plastic ever produced has been recycled. That means that the overwhelming majority of plastic, a staggering 91% has not been disposed of properly. This 91% number likely does not match up with people’s perception of plastic use.

Another eye-opening statistic from the study is that 79% of all trash in landfills is of plastic origin. Every year a truly shocking 8 million metric tons of plastic is dumped into the ocean.

Protecting Our Water Supply from Plastics

The amount of plastic consumed in just one lifetime is beyond belief and is now presenting a threat to marine life, and in turn, the food chain itself. Plastic contamination is showing up in high levels in a range of aquatic life.

Once in landfills, plastic often makes its way into the water supply and then in turn into the food supply. Even if you are purifying your water, plastic contamination is making its way into your food via farming.

Some Communities Are Abandoning Recycling

Further adding to the dilemma is the fact that recycling isn’t as meaningful and useful as it once was. In short, we are facing a recycling crisis, and many people don’t yet realize that many communities have actually abandoned their recycling programs.

Now, more than ever before, it is vital for individuals to find ways to reduce their plastic consumption in their homes.

You Can Make a Difference with Recycling

There are a range of ways for the average person to reduce their plastic consumption. Consumers can opt to buy products that have been created using recycled materials, such as sweaters and sneakers, or home building products that are built using recycled plastics. These are all good examples of waste management ways to reduce your plastic consumption. One of the single best ways to deal with recycling is to have LoadUp pick up your recycling raw materials. Part of what makes using LoadUp an environmentally savvy choice is that every item we process is disposed of in the best way possible.

When you are disposing of recyclable materials, working with LoadUp represents an excellent way to reduce your carbon footprint and help keep plastics and other potentially harmful compounds out of the environment and perhaps even out of your own body.

In the end, recycling isn’t rubbish, but the recycling system is flawed and under considerable stress. Moving forward, humanity collectively needs to find a smarter, safer, and healthier way to deal with the wide range of diverse and potentially toxic trash we produce.

Related from the Trash Talk Blog: