There are many reasons why people hoard. They might believe that their possessions will be useful or valuable one day, maybe the items have sentimental value or are unique and irreplaceable to them. Regardless of the reason, being a pack rat and being a hoarder are two very different things.

When you’re in a relationship with a hoarder, oftentimes the physical manifestation of their mental illness starts to cause problems since you have to live amongst all their clutter and garbage. If your significant other is a hoarder, how do you know if their hoarding behavior is causing serious damage to your relationship?

❓Is clutter having a negative effect on your relationship and you’ve had enough of all the stuff piled around you? We’ll help you clean everything out.

Is Hoarding Damaging Your Relationship?

What is Hoarding: Is It Really Just Clutter?

Hoarding is the compulsive buying, obtaining, searching, and saving of items that have very little to no value for those other than the hoarder.

The hoarding behavior often causes emotional, physical, social, financial, and even legal problems for the hoarder, their family members, and their loved ones.

Whether you’ve been diagnosed with hoarding disorder, feel you may have a problem with clutter, or have been told by loved ones that they’re worried about your hoarding behavior, your relationship with your belongings is likely having a negative effect on your relationship.

Luckily, there is help for hoarding and repairing any damage it may have already caused to your relationship with your spouse or significant other. What are the first signs of hoarding?

Hoarders are different from collectors and those who are just cluttered or messy. A hoarder may collect items such as newspapers, magazines, junk mail, shopping bags, cardboard boxes, photographs, household supplies, food, clothing, and even garbage.

Those who have developed hoarding disorder may show some of the following symptoms and behaviors:

Other behaviors that are related to hoarding disorder and can signal a hoarding problem are compulsive buying, not being able to pass up a bargain, constantly searching for unique or “perfect” items, or collecting anything that is free, such as junk mail, product samples, and furniture or other items discarded on the street by others. 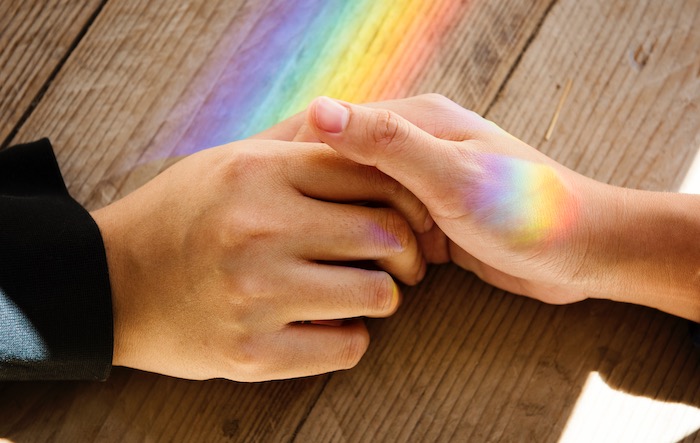 Hoarding behavior not only affects the hoarder but also affects loved ones, especially significant others such as the hoarder’s spouse, fiancé, partner, girlfriend, boyfriend, etc. How Do You Deal With a Hoarder?

There may be frequent fighting and disputes over all the “junk” in the house or cleaning up the mess, as well as a constant battle for attention and stability in the relationship.

At this point, the significant other would enjoy nothing more than to take a bulldozer to all the mountains of the hoarder’s possessions so they can finally have their space back.

In some cases, a similar scenario has already happened, but the distress it caused for the hoarder was devastating and only caused further damage to the relationship and the hoarder’s condition. What the significant other may not understand is that the hoarder wants to do something about the mess, but they don’t know how to start.

In many cases, if the hoarder does not get help for their disorder, continued unlivable conditions and tension lead to a breakup, separation, or even divorce. Thankfully, effective treatment for hoarding disorder is available from qualified mental health professionals, who can also help the significant other and the relationship itself. Getting Help for Hoarding

It’s important for the hoarder and their partner to work together to overcome the disorder and the problems it causes. Working through it will be difficult and can’t be fixed in a day or two, but it is entirely possible to overcome hoarding disorder and form a healthy, stronger relationship with your significant other.

How to Help When Dating a Hoarder

Though the significant other may be tempted to “help” their hoarding partner by indiscriminately throwing everything away all at once, this does not solve the problem and will likely make the hoarding disorder even worse.

Hoarding needs to be treated by a psychiatrist and medications are often prescribed, as well as cognitive behavioral therapy and other types of treatment. Getting professional help is essential to recovery, but the hoarder can’t make any real progress until they are ready and willing to make changes in their behavior.

The first step in recovery for someone with hoarding disorder is to seek help from a mental health professional who specializes in the treatment of hoarding and other related disorders. To help diagnose hoarding disorder, a mental health professional will first do a psychological evaluation. The professional will ask you some questions about your feelings and behavior, request permission to speak with your family and friends, and may also ask for photos of the living areas affected.

Because it is a chronic condition, hoarding disorder can be difficult to treat. One common treatment option is psychotherapy, particularly Cognitive Behavioral Therapy, in which a patient learns to make decisions about objects and confront the emotions they feel about them.

Undergoing treatment for hoarding disorder can be hard work, and you’ll probably have some setbacks over time, but with continued treatment and support from family and loved ones, hoarding can be overcome.

If you or someone you know has a problem with hoarding, or if you’re interested in learning more about the disorder, check out the International OCD Foundation.

If you have non-hazardous clutter or bulky waste items you’d like to get rid of in a fast, easy, and affordable way, take a look at the junk removal services LoadUp provides in over 160+ cities nationwide.