Did you invest in scooter rental charging and purchase a box truck or trailer, but now it’s out of season or turning into a slowly depleting fad in your area?

You fit the bill for our Loaders! Ours is the same process as charging scooters, except you won’t have 30-100 heavy scooters taking up your living room every night.

In the scooter charging business, the more you charge, the more you earn – which fits in perfectly with our Loader’s mentality except, instead of racing others to snag a scooter, you easily accept jobs on the Drivers app, carry it out, and the earnings are all yours.

If you’ve ever gone way out of your way to track down a lost scooter to make extra bank, you’re a hustler we need!

Check out how all the similarities and differences between scooter charging and reverse logistics give you the chance to use your setup again and earn more than ever with our Drivers app, all while saving time, miles, and money on bills.

Like you and other Juicers and Flyers, our Loaders are independent contractors. They make their own hours and decide how much money they earn. They also have invested in roomy vehicles like trailers, trucks, vans, and box trucks to make the most bank per square foot.

The first couple of steps of scooter charging that involves driving to and lifting scooters that weigh about 30 pounds are essentially the same duties! Our Loaders accept jobs on the app, let one-click navigation lead them to the address, then haul away unwanted household items.

💪 A typical single job as a Loader involves driving to homes or businesses and picking up 1-3 items averaging about 30 pounds or more with the assistance of a helper.

Our Loaders also see available jobs in their selected driving radius, but instead of it being a semi-accurate location of a tentatively free scooter, it’s an address with a guaranteed payout.

Beyond those, the differences between being in the independent contracting business as a Loader and being a Flyer or a Juicer are many but we think you’ll appreciate them.

Check out the chart below and keep reading for ways being a Loader could work for you!

Scooter Charging vs. LoadUp Haul Away

How much can you make charging scooters?

Pay varies depending on how “timely” the scooter was released from the point it was fully charged. For Bird, scooter charger pay varies widely between $3 to $20 (but the average max is $7), and they must be released to a nest fully charged by 7 am for the highest payout.

💵 According to the Bird scooter charger pay model, you can make anywhere between $30 – $150 for 10 scooter charges, depending on their location, charge, and timeliness.

Scooter companies will send you a couple of free chargers, but you will need to purchase more, compatible scooter chargers if you want to make money charging scooters.

How much can you earn as an independent Loader?

As a Loader, you can depend on the average payout of $72 per job. With each job consisting of 1-3 items to pick up, you can easily complete several jobs and have plenty of time leftover in a day to live your life. And, the bigger jobs you do the higher your earning capability.

🤑 For one full office cleanout, the highest single payout to one of our Loaders was $5,000!

Remember how annoying it is that the payout listed in scooter apps isn’t guaranteed? LoadUp’s Driver app lists payouts to the jobs before you accept them and, as long as you finish the job, the earnings are always 100% yours, guaranteed.

No drops in payouts due to the system saying the scooters you dropped off weren’t fully charged! Our proprietary technology allows you to watch your income accrue and can confidently rely on weekly payouts.

Hunting down scooters is like going on a treasure hunt, but with the added stress that it’s a shrinking market creating real-life battle royale scenarios. Plus, you’ve likely wondered at one point or another if the payout was even worth it in the long run.

Picking up anywhere between 5-20 scooters in a truck per trip can make you a decent cut, but it’ll take at least two trips.

Vans can fit more scooters better and sometimes make the effort seem worth it, especially if you invest $500+ in chargers and tools to create large enough charging stations.

⏱️ Our Loaders never worry about wasting time “going out into the community to find” jobs. AKA no more wasting gas and walking miles down parks and trails to pick up a scooter.

If you’re used to utilizing a truck, van, or trailer to haul heavy scooters away from city parks and streets, you’ll enjoy that our process takes way less time and effort. You also make more money, work in safer environments, save on electricity, and never go home with your work.

Being Off-duty = Off The Hook Versus, after getting home with the scooters you hunted down off the streets in the middle of the night, you have to unload them, lay them out, charge them up, and then wake up early to reload and race other chargers to drop them off at various locations to get the highest payout.

By the time you make any money, you’ve already done some serious heavy lifting, spent a lot of gas and personal time in your home tending to these little dying vehicles.

The awkward size and weight of these scooters are more than you might’ve imagined and they put a strain not only on your back but also on the interior of your car.

Spending the time to carefully place them rather than tossing gets tedious, but, if you don’t want to wreck your car’s interior or be made responsible for scooter damage, you must.

Since as a Loader you’re hauling stuff people don’t want anymore, you don’t really have to take care of the condition. In fact, if you like it and the condition it’s in you can keep it.

Because it takes about 4 to 5 hours to charge a scooter from flat out dead to 100%, you might already know the pain of ending up with a mighty bill on your hands after plugging in too many in at once.

Overloading your electricity when doing scooter charger jobs is more than inconvenient. So much so that you may have even gone so far as to use the electricity where your name isn’t exactly on the power bill.

Besides your electric bill, if you invested in a truck to be able to haul more scooters home, then your insurance, gas, and maintenance fees might not be making it worth it. 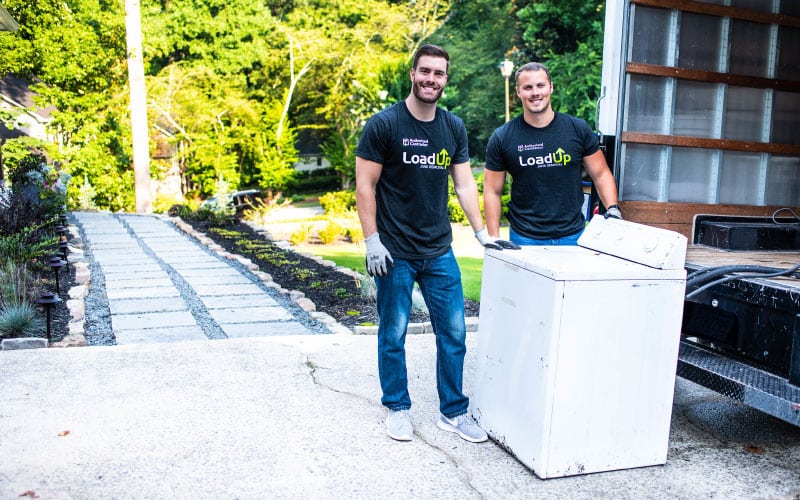 While this community of tiny-wheeled transport is ending almost as quickly as it began, our Loaders are independent contractors that are increasing in demand nationwide.

What cities have banned electric scooters?

From West Hollywood, California to Atlanta, Georgia, cities are creating laws severely limiting the success of e-scooters. Some cities have blocked scooter companies from even introducing the service, or enacted a one-year ban on the vehicles.

If you invested in scooter rental charging and purchased a box truck or trailer, but now feel like you’re running out of scooters to juice for a paycheck, LoadUp is your perfect solution.

The similarities between scooter charging and reverse logistics show how you are capable of creating a money-ramping career as a Loader. But the differences prove how much more of a time saver and money maker working with LoadUp is in comparison.

Never deal with fragile access to jobs because of your city’s dwindling interest in scooters, or simply to events causing streets to be blocked — cutting your pickings for the day short.

Work with LoadUp and not only make your own hours but give yourself a break and be as free as a bird when not working. From saving you money on your electric bill to making your gas and insurance worth it, our virtually limitless demand of jobs are right for you.

Related from the Trash Talk Blog: