How is photosynthesis related to the world’s fuel supply and how does it affect your life? Scientists may have found a way to utilize plants as an unlimited source of clean energy.

In a time where non-renewable fossil fuels are being quickly depleted, plants can actually provide a safe and earth-friendly method to powering the Earth for many years to come.

All Plant Power Can Do:

Photosynthesis as a Renewable Energy Source

A group of scientists recently made a major discovery which could one day be used to produce a type of clean fuel that’s essentially an unlimited source of renewable energy. They reached this turning point in renewable energy by copying a process many of us learned about in Elementary school.

Inspired by the process of photosynthesis in plants, scientists from the University of Cambridge and the Ruhr University Bochum employed a mix of biological photosynthesis and manmade technologies to use sunlight to split water molecules into oxygen and hydrogen.

Outlined in a paper published in Nature Energy, this method could be used to produce hydrogen fuel. Hydrogen fuel, an essentially unlimited renewable energy source, is an extremely clean source of energy because it produces zero carbon dioxide emissions.

What Is Renewable Energy? Renewable energy is energy that can be replenished indefinitely because it is generated from natural resources.

Renewable energy resources are alternatives to fossil fuels like oil, gas, and coal. Sources like solar, geothermal, hydropower, and wind energy are becoming increasingly popular in the energy industry as a result of low impact on the environment and downward-trending cost.

🌻 There are several sources of renewable energy, 4 of which are most common today.

When plants convert sunlight into energy during photosynthesis, they are basically splitting water molecules, which results in a substantial output of energy. Artificial photosynthesis has existed for decades but hasn’t been used as a source of renewable energy yet.

Scientists haven’t been able to develop methods on a large enough scale to support an industrial level, and required the use of materials that are harmful to the environment and expensive. That is, until now.


This new approach attempts to eliminate those issues by combining manmade technologies with biological processes. Erwin Reisner, lead author of the recently published Nature Energy study, calls the new research a “milestone” in the developing field of “semi-artificial photosynthesis.” 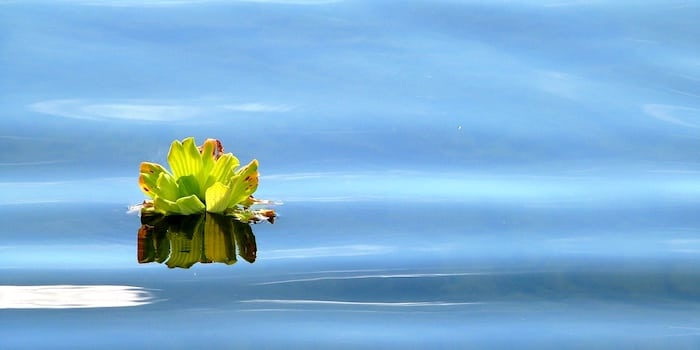 Many are calling hydrogen the fuel of the future– and it’s already being used in cars and elsewhere! Because it can be extracted from any body of water, hydrogen is astonishingly plentiful, unlike fossil fuels, which are non-renewable. Once they’re gone, they’re gone.

Plus, because the only byproducts of hydrogen fuel are water and heat, it doesn’t produce greenhouse gases or pollution that contribute to climate change.

The team’s revolutionary method uses hydrogenase, a key enzyme found in algae, in order to absorb more sunlight and convert more energy than in natural photosynthesis.

Many are hopeful that hydrogen could be a primary source of renewable energy free of carbon emissions if an efficient method of artificial photosynthesis is created.

Reisner told Newsweek that the process outlined in the study was still new and not ready to be used on an industrial scale, but that the scientists involved hoped to continue to work on it and demonstrate its practical use in the future.

In the meantime, fossil fuels are being burned to supply the large amounts of energy needed to produce hydrogen fuels, accentuating the need for a large-scale, cost-effective, zero-emissions solution for using renewable resources to produce hydrogen.

To learn about LoadUp and the services we provide, check out our About Us section. Questions or Comments? Let us know in our Help Center! Get a free upfront price online →