The American flag holds reverence by all citizens, but also through the U.S. Flag Code. If a flag can’t be properly displayed for any reason, it is to be destroyed in a dignified way.

So what makes flag disposal dignified? How do you properly dispose of an American flag in a respectful way? Whether you have a tattered flag or it is ripped, there eventually comes a time to put the United States flag to rest.

Ahead of Flag Day on June 14, here’s all you need to know about proper flag disposal.

There are three main ways to properly dispose of an American flag: burying it, retiring it and recycling it. Before you do any of that, though, you’ll need to know how to fold it in the proper ceremonial triangle (more on that later).

Traditionally, since flags need to be retired in a respectful way, the best course of action is to hold a flag retiring ceremony. You don’t, however, have to be an official or part of an organization in order to properly dispose of the American flag.

Where can I dispose of an American flag near me?

Whether you have a tattered flag or its simply just dirty or worn, it doesn’t do you much good to keep it around, especially if you can’t properly display it.

There a few options to properly get rid of an American flag. There’s the flag retirement ceremony which can end with proper burial or burning.

But typically a good place to start is through donation. You can donate any worn or tattered flags to flag disposal boxes in your local area.

There’s always the option of calling on a junk removal service to take care of flag disposal and donation or recycling. Places like LoadUp can pick up old flags and other items for disposal as soon as tomorrow, and for an upfront price.

Where are the local flag depository boxes?

There are plenty of places you can take a flag for disposal. Big companies like The Home Depot have flag disposal boxes near you, while other organizations like the American Legion, Girl Scouts and the Boy Scouts of America all offer flag disposal through proper retirement.

How to properly fold your American flag for disposal

Each fold holds its own reverence and meaning, designed to signify what it means to be an American citizen, highlighting values described in the U.S. Constitution.

To start, fold the flag in half lengthwise, or as you said when you were a kid, “hamburger style.” From there, fold in half again, then fold into a triangle from the fly end to the closed end. From there, complete the the triangle fold until all 13 folds are completed.

What is the ceremonial triangle❓ The American flag is folded into what is called a “Ceremonial Triangle” to represent a tri-cornered hat, to pay homage to the hats worn by George Washington and soldiers of the Continental Army in the American Revolutionary War.

While it’s certainly not required in every situation, if you want to hold a traditional ceremony that stays tried and true to the Red, White, and Blue, the National Flag Foundation has laid out steps to take to make the process official.

Once a leader is appointed, that person typically runs the rhetoric of entire process. This typically includes the right words and cadences that will officially retire the flag.

If burning an old flag isn’t really your thing, and you really don’t have time to find the proper local recycling and donation centers to get rid of it, finding flag disposal help is easy.

At LoadUp, with our trusted network of junk removal experts nationwide, we take all junk items, big or small, and dispose of them in an eco-friendly way for a guaranteed price online.

We can make sure your flags are properly disposed in a respectful way, and also take any other items you may need removed, easy. Just like you, we respect the flag at LoadUp and want to make sure we do our part to also respect the environment, as well. 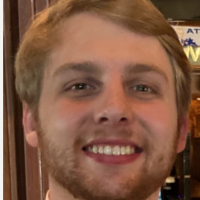 Michael Hebert is a former journalist and big sports fan who graduated from UGA in Athens, GA with a bachelor’s degree in journalism, a minor in Spanish and a certificate in sports media. He started with LoadUp Technologies as a digital marketing specialist in August 2021. When he isn’t writing, Michael enjoys storytelling, exercising outdoors, spending time with friends on the weekend, playing golf or fishing. 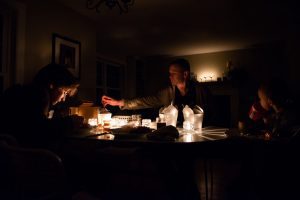